One of my favourite spots to stop for lunch when we are in the park is the Carnation Cafe on Main Street in Disneyland California. The Baked potato soup at the cafe sells for 7$ and it is amazing 😉 so amazing that I often find myself day dreaming about it ☁️ I’ve been trying a few Baked potato Soup recipes at home and I have found one I love, so I wanted to share it with you all❤️ 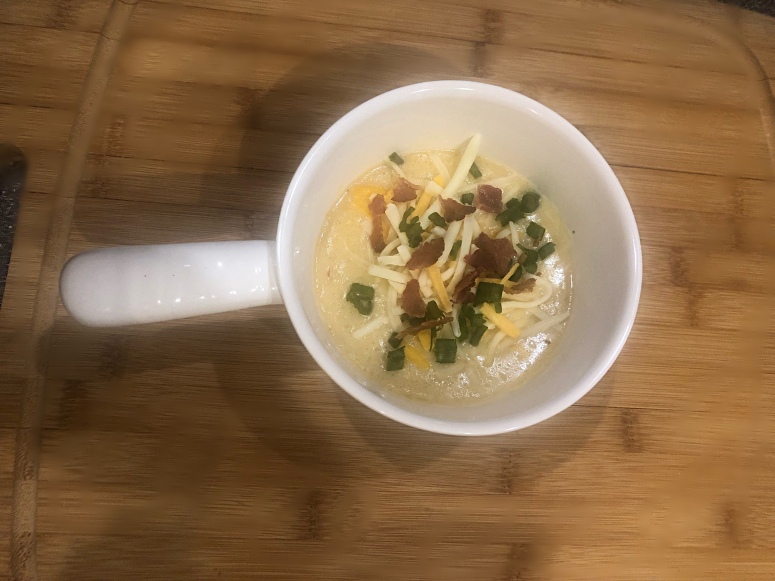 •Salt and pepper to taste

• A hand full of green onion for the topping

– I started with preparing the potatoes, peeling them, cubing them and finally boiling them.

– while the potatoes are boiling..

I sautéed my onions and garlic and in the butter for roughly around 5 mins. Until they were soft. I also added my 1/2 teaspoon of garlic powder and salt/pepper to taste.

-Once my onions and garlic were properly coated I slowly added in my chicken Broth and turned my soup to a low setting keeping it simmering gently.

– After adding the broth I slowly added in 2 cups of the sharpe cheddar..

– Once I noticed the potatoes were soft enough I slightly mashed some of them up and added them to my soup mixture.

– Immediately after adding the potatoes, I slowly poured in my half and half.

– While the soup is simmering.. I diced and cooked my bacon up, as well as chopped my green onion for the soups toppings.

Once my soup was ready I topped it with my cooked bacon bits, more sharpe shredded cheddar cheese as well the chopped green onion.. you could also add a dollop of sour cream if you like!

And… Voila 👌 it’s just that simple. 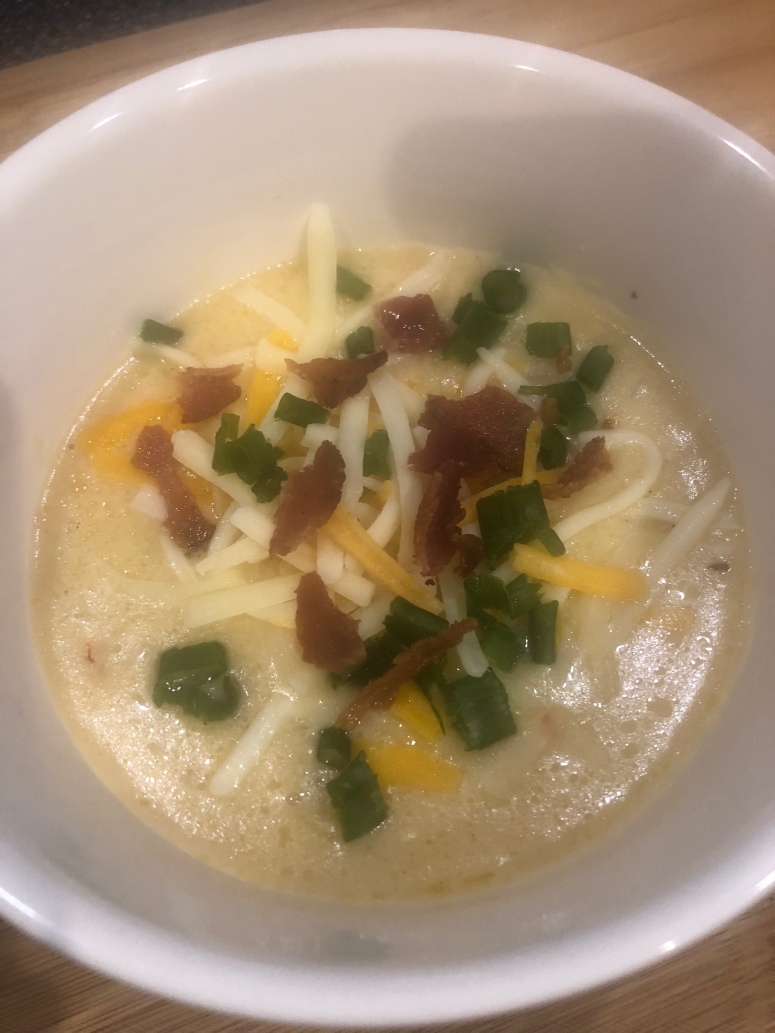 This recipe made enough for 4/5 people depending on the serving side.

*** I wanted to note that I had really high hopes of putting this soup in a little sour dough bread bowl 😩 which would have been amazing but my local bakery ( Cobb’s bread was sold out 💔) and there was no way I was about to spend hours whipping up some homemade sour dough 🤣 Let’s be real, ain’t no body got time for that 👋***

Hope you enjoy it as much as my family did❤️ It’s definitely perfect for these chilly fall nights.