It’s hard to believe that we are officially in 2019. But here we are and with starting to map out how this year will look for my family, I have found myself looking forward to some of the exciting things happening with Disneyland this year. Now, I know we are aware of all the movies that are being released this year and the big opening off Star Wars Galaxies Edge in both Disneyland ( opening in summer ) and Disney world parks (opening fall 2019) There  also happens to be a few major milestone anniversaries happening within the park that I want to shed some light on and also share a little bit of the history behind each attraction.

• June 14 is also a big 60 year anniversary of one of my families favourite rides the Matterhorn bobsleds as well as the Monorail. Both these attractions made there debut on June 14, 1959! The Matterhorn reaches 43km in top speed and also happens to be the worlds first ever steel road, rollercoaster. The monorail on the other hand runs through and around the entire Disneyland park property. The ride is very convenient for guests staying at any of the onsite Disney hotels transporting them into the park within minutes. The total ride takes 11 minutes and can transport 120 passengers per vehicle.

• July 17 is the 30th anniversary of Splash Mountain. This attraction made its debut July 17 the summer of 1989. This dark thrilling log ride ends with riders taking a 50ft plunge out of the mountain. Did you know that the songs and character of this attraction are from the 1946 Disney original film Song of the south.

• Disneyland Park will be turning 64 on July 17! To all Walt Disney fans this park holds a special place in our hearts as it is the only park that was built and supervised by Walt himself. However, it wasn’t always rainbows and sunshine when it came to the construction and opening of our beloved park. The park took more than two decades of continueous planning and one year of gruelling onsite building before the park was actually ready for opening. To the disappoint of many, some of the parks main attractions were not even ready on the opening date.. Peter Pan, the rocket to the moon as well as the iconic dumbo ride were all not ready to operate. Until this day, the grand opening of Disneyland is known as “Black Monday”. It’s crazy to think that some thing as big as Disneyland park started as such a disaster.. I myself, find this such a huge lesson why it’s so important to believe in yourself and never give up on your dreams. ☁️ 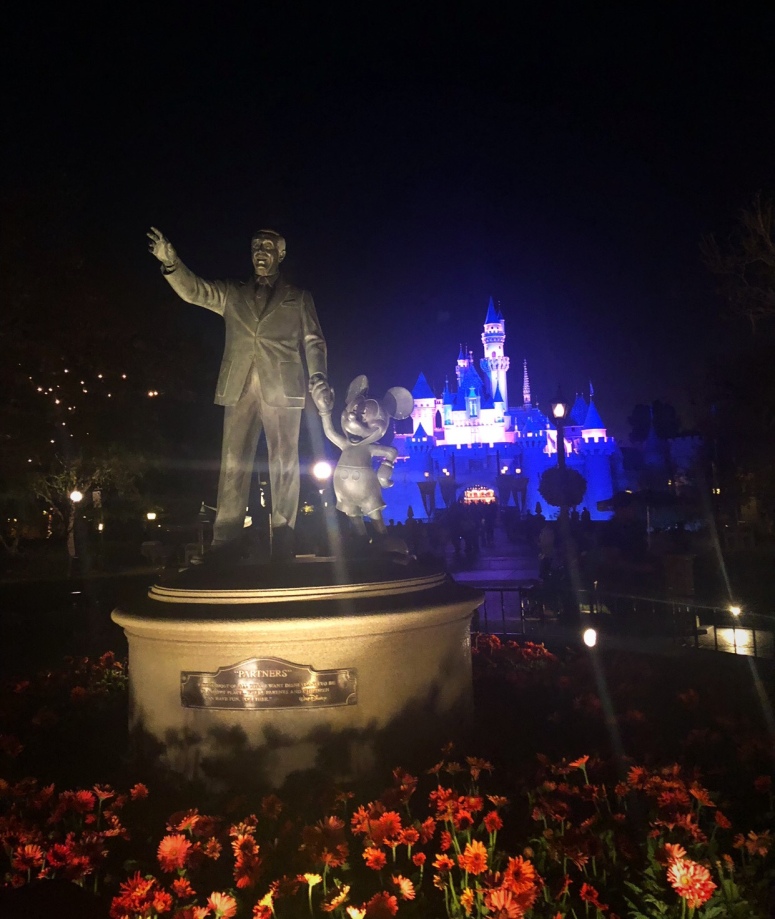 • August 9th the ever so popular Haunted Mansion has been haunting its guest for 50 years!! How scary is that? Did you know that it cost 7million dollars from design to build our beloved mansion. This attraction is so popular that it has also been recreated at other Disney parks around the world. However the original Haunted mansion in Disneyland California, is the only mansion that changes its facade for the holidays, allowing Jack Skellington from The nightmare before Christmas movie take over the mansion. This happens from September until the beginning of January.

• September 2 Disneyland will be celebrating 40years of Big Thunder Mountain. This attraction was a big deal when it opened back in 1979 as it was one of the first attractions to use computer aided design. The top speed on this ride is 56km and lasts a thrilling 3 minutes. If you are ever in the area of the Disneyland hotel’s Frontierland tower, I encourage you to pop in and take a look at the model display inside the lobby. It’s a duplicate of this attraction.

Although I am unsure of how the park will choose to celebrate all these milestones, I’m sure they will make note of these dates in some sort of special way for-sure. It really is quite amazing when you realize how old some of these attractions really are. It’s pretty special how they keep making each rider laugh and smile and bring so much joy to families all around the world.

Wishing you all a very happy new year.